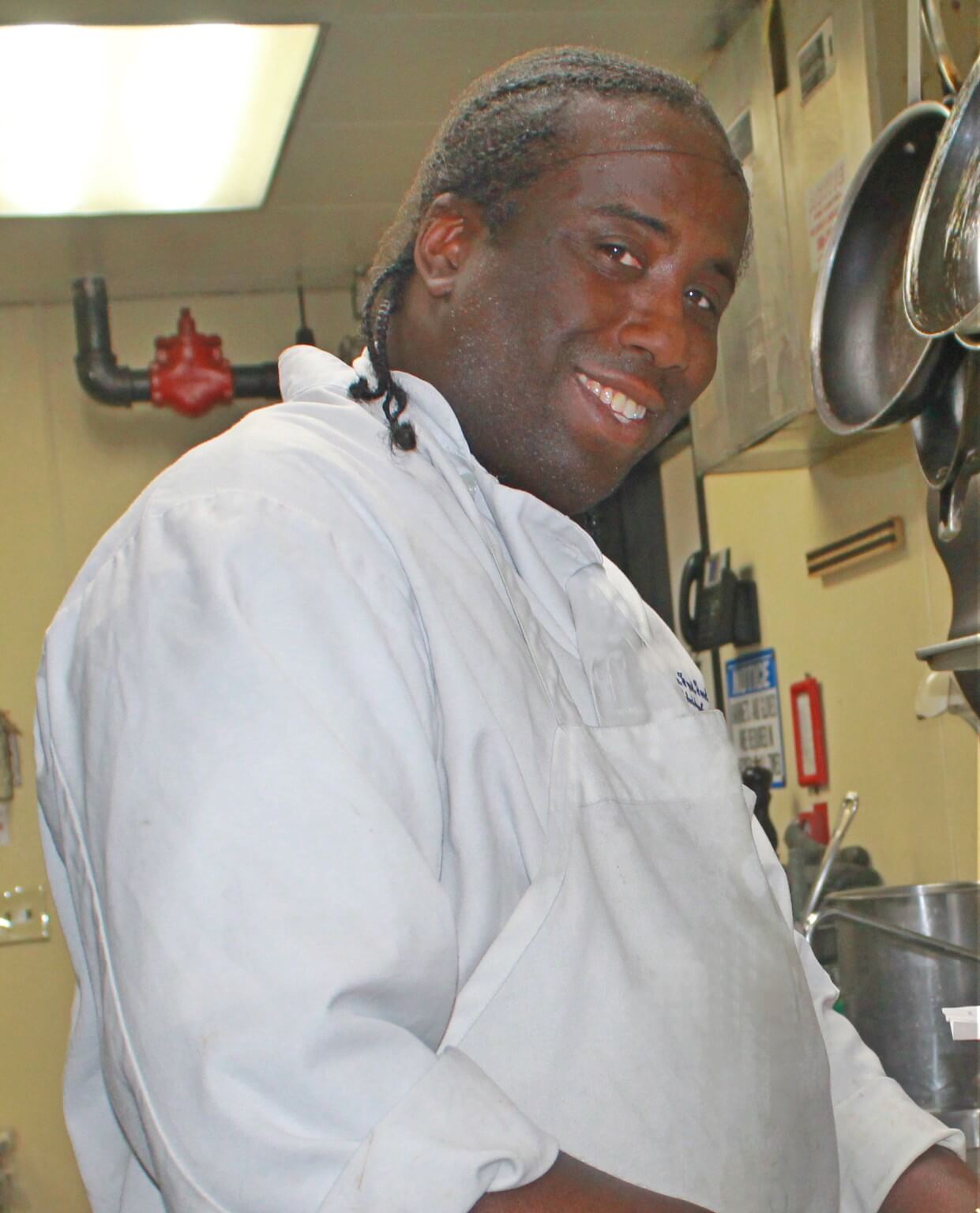 When you first meet Chris Hall, “leader” may not be the first word that comes to mind. But watch him in action in The Doe Fund’s Porter Avenue kitchen, and you’ll soon think otherwise.

Chris is a graduate of the Ready, Willing & Able program and has held multiple positions in The Doe Fund’s Culinary Arts Department.

From his earliest days as a trainee in the Porter kitchen, he has brought an unparalleled passion and hustle to his work. He tackles some of the kitchen’s most arduous tasks–those that are critical to the success of any kitchen but often go unnoticed or underappreciated.

While he has evolved on many levels in his transition from trainee to staff and then onto supervisory roles in the kitchen, his industriousness and resilience have been a constant. As his supervisor, Chef Kronna Williams, puts it, Chris can “take a lickin’ and keep on tickin’!”

Chris’s commitment to his team, the trainees he serves, and The Doe Fund extends well beyond his own hard work. He has grown to become an educator and a mentor to trainees as well, providing a first-hand example of integrity, accountability, and initiative.

Leaders come in many forms. Chris is living proof that they can be born out of hard work and determination.