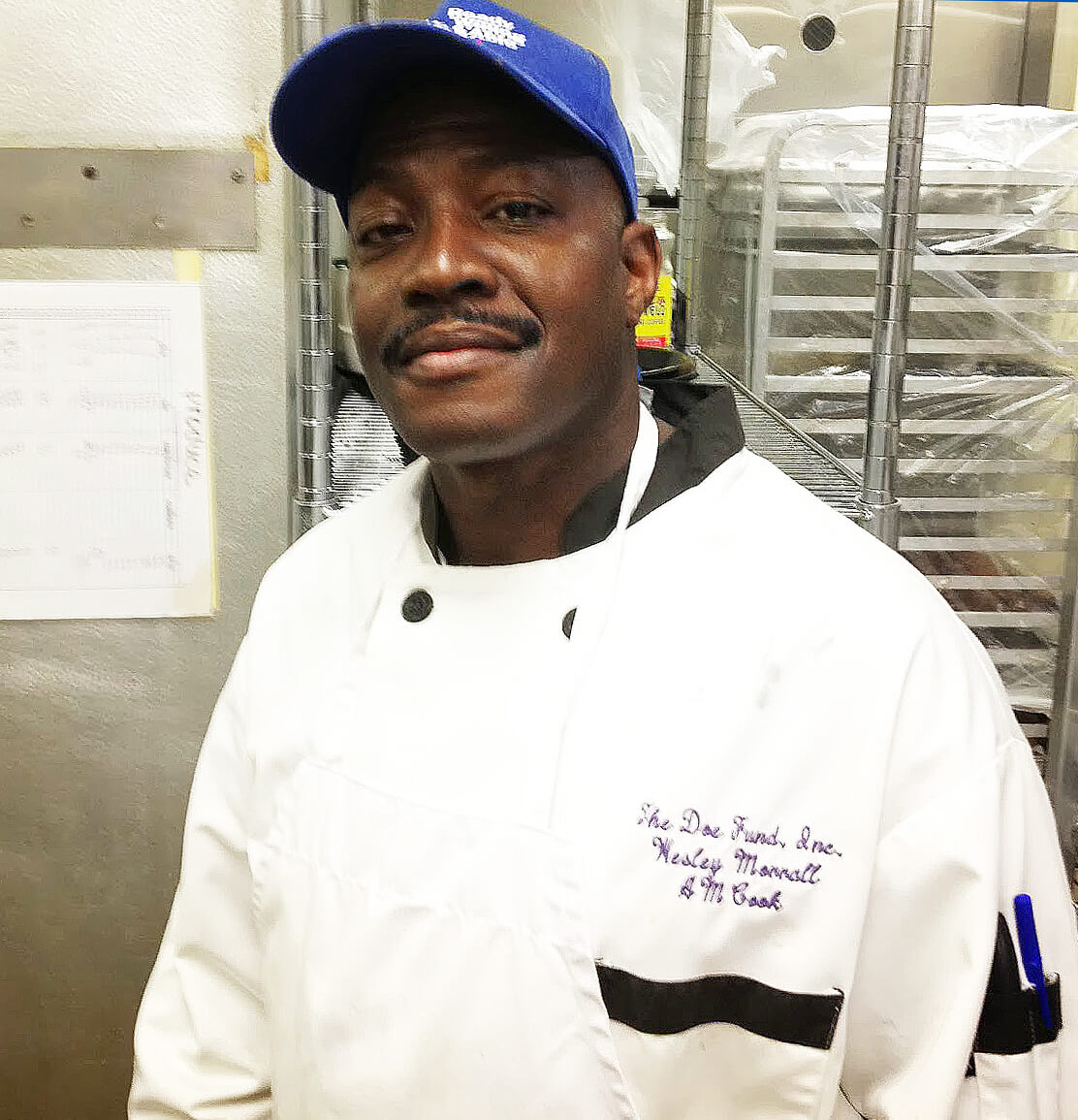 At sixty-two years young, Wesley M. isn’t slowing down. He gives his all to every task in the kitchen and prides himself on always working at his highest level.

Since becoming Food Service Coordinator ,for the past three years, Wesley has played a key role in preparing three nutritious, carefully-prepared meals each day for men at The Doe Fund’s Bed-Stuy facility. “I love to create food that tastes good.”

Although he has received a broad culinary education at The Doe Fund, Wesley is especially proud of the baking skills he’s gained here—and his delicious cinnamon raisin danishes speak for themselves!

Yet the culinary arts program has offered Wesley much more than cooking skills; it has offered him the chance to reconnect with family. “Since I came to The Doe Fund I have been able to have a positive relationship with my kids and grandkids.”

Click link for the recipe below to make Wesley’s famous danishes at home!